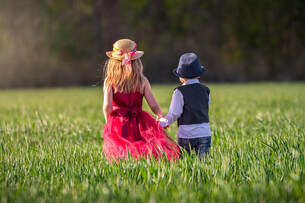 My family's health problems were the driving force for how my company, Your Future Health, came to be.  My family suffered from low blood sugar, rheumatoid arthritis, weight problems, heart disease, diabetes, skin, breast, and bladder cancer.

My son almost died of starvation at the age of twelve months because of what I later figured out to be an enzyme deficiency.  Despite being unable to keep down any food that he ate (he literally threw up everything) and despite being in the lowest percentiles for weight, I was consistently told that there was no intestinal obstruction and all of his blood tests were ‘normal.’  No one had any answers, but my son was still dying.

At that very frustrating moment in 1976, I made it my mission to save my son’s life.  I began by figuring out what ‘normal’ really means and then I developed an alternative set of ranges (optimum ranges) that are customized to an individual’s blood chemistry for optimum health as opposed to disease detection.

By combining my experience in nutrition, my training as an RN, my medical contacts from my training at John’s Hopkins, and a lot of sleepless nights of research, I developed a system that literally saved my son’s life when there appeared to be no answers.

This system, called a HealthPrint, centers around the principle that ‘normal’ blood test scores just aren’t good enough.  HealthPrints have given my family and now thousands of other families the joy of optimum health, and consequently, their lives back.  If you are looking to feel better or if you just want to continue feeling your best, HealthPrint is the answer.  As the result of twenty-six years of improvements and refinements, HealthPrints are finally being recognized as the premiere health management tool for anyone who is serious about experiencing and maintaining optimum health.

All of us at Your Future Health look forward to serving you, your family, and your friends.