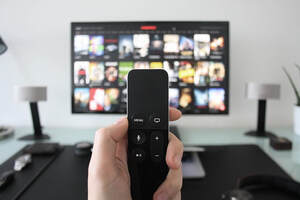 YFH was pleased to have three stories selected and filmed by a national cable television series.

These shows were produced independently, they were not paid for by YFH. The criteria required for selection were:
1. Dramatic
2. Verifiable by the medical doctor.
3. Disease managed or remained in remission at least 3 years

YFH's mission is to prevent or detect disease early enough to save lives.

Our system identifies less than optimum lab test scores and nutritional deficiencies that can lead to disease. We work with you to correct these deficiencies before they become a problem and cause you to become sick.
46jg2143.jpg
Judy Flickinger (cancer nurse) discovered a pancreatic tumor early enough to save her life. Although her YFH test scores were within the normal range and she had no symptoms, YFH knew that her scores were not normal for her.

Marcia Yager (Hall of Fame Skater) had a rare blood clotting disorder that threatened to amputate her toes. She says, “My doctors said there was nothing they could do. YFH testing helped me find a nutritional solution. I do not need blood thinners anymore!”

Lena Wolfe was diagnosed at age 16 with a rare disease that caused her to pass out if she stood or sat up more than a few minutes. She says, “I slept 20 out of 24 hours a day. YFH gave me my life back.”